Give hope to those who need it most

My name is Anatoly. I was born in a village called Rudenka in the Emilchins region, Zhytomyr Oblast. From 2006 to 2010 I had gone to the boarding school for visually impaired children in Zhytomyr, however, my parents were deprived of parental rights in 2007.

In 2010 I was moved to the boarding school for visually impaired children in the city of Odessa, where I continued to study until I finished in 2019. Im now in the process of enrolling in the Odessa National Law Academy.

During my childhood, I underwent several operations for my eyes. The I had surgery on my eyes for the first time when I was five and I had my second procedure when I turned nine. After the second surgery, I became totally blind. I took part in several TV shows: «Ukraine is speaking» in 2017 and I had a part in a movie, 'Odessa by touch' in 2018.

Ive been doing swimming for almost 4 years and Ive been doing karate since 2017. I also started learning the violin that year. Im very grateful to have been accepted into the scholarship program. I hope to be considered for sponsorship. Thank you. 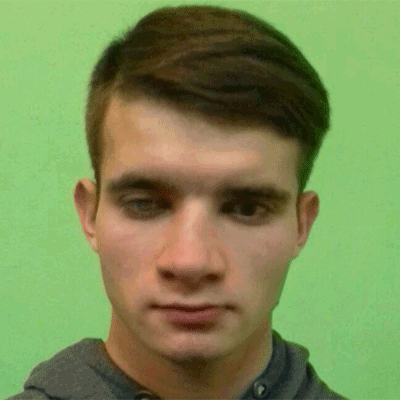