Give back to those less fortunate

I was born in October of 1999 in Odessa, Ukraine. I had been living with my mother and step father in his apartment. I dont remember my birth father at all. He came from India to study in Odessa Medical University.

When I was 2 years old he finished his studies and went back to India. I stayed with my mother. When I was approximately 4 years old my mother made acquaintance with my step father with whom we used to live.

My mother died in 2010 and then my step father wanted to take a custody of me but he didnt get a permission and I was taken away. After my mother had died I was taken to the first orphanage where I had spent three months and then I was sent to the 5th boarding school.

There I had been studying from 2012 to 2016. After graduating from 11th grade I entered the 16th specialized school to become an electric welder. I entered the 3rd year of studies.

I had been studying there for one year and then I entered the college of industrial automation and computer technologies where Im a 4th-year student. My specialty is sectoral machine building. I live in the dormitory of our college.

This is my last year of studies. Im finishing my studies in June, 2020. When I was living in the boarding school I was doing the Thai-boxing. I had been doing sport for two and a half years.

Currently Im attending the soccer trainings three times per week. Im planning to enter the academy of telecommunications, the management faculty. I have a desire to get on my feet and not to be afraid of the unknown and unpredictable future. 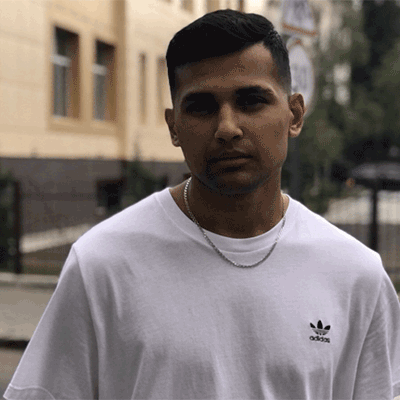