Help us reach our goal by donating today

I was born in the village of Ivanivka in 2000. My father died in 2005 or in 2006. My sisters and I were raised by our mother. In 2010 our mother fell ill with tuberculosis for the second time and my sisters and I were sent to the sanatoriums “Lastivka (Swallow” and “Step Air”. In 2012 our mother died and we went to live with our aunt, who took custody of us.

We used to live in the village of Burdivka of Razdelnanskiy Region. After graduating from school I applied to the pedagogic university to become an elementary school teacher. However, I was accepted by the Odessa National Law Academy, so I went there instead.

One of my sisters is studying in the medical college and dreams of becoming a pediatrician. My other sister is studying at school and wants to become a police officer or a sailor. She hasnt decided yet.

I dream of manufacturing my own line of ecologic products, things like glasses and various items of daily life. I do worry about the slow development of our country, as well as the city. I want my sisters to be happy and forget the troubles that they've faced in their lives. However, Im hopeful and grateful to be a part of the UAC program 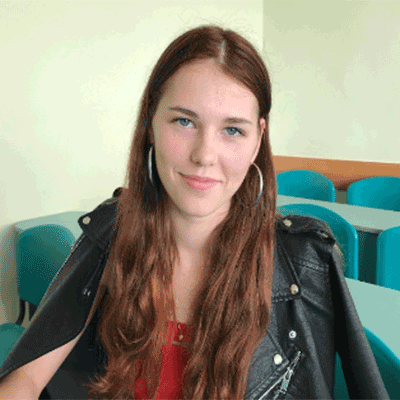