Hello, My name is Ivan Ch. Born in the city of Odessa. In the first grade, I went to school and studied there until grade 3. My mother was ill, and after her death, I was transferred to a school in Odessa.

There I met the students from the UAC organization. Students came to us on Saturdays, helped to clean up the territory, paint, and played sports games with us. In the summer, all children from the orphanage were sent to the sanatorium "Arcadia" on holidays.

When Clara arrived, we were invited to a holiday that Clara organized for all the children, from the orphanages in the Victory Gardens, so there I met Clara. At the restaurant we were fed deliciously, there was a concert and a competition which I really liked, and remembered.

I graduated from the 10th grade, and entered the Odessa Naval School, continued to play sports, and was admitted to the rugby sports team. At the moment I am doing it professionally, we travel to different cities and take first places, we also went abroad, but because of quarantine now there is no way to do this.

I am studying in the 3rd year, then I want to enter the University of Ushinsky at the Faculty of Physical Transport to pay further attention to sports and become a coach in the future. 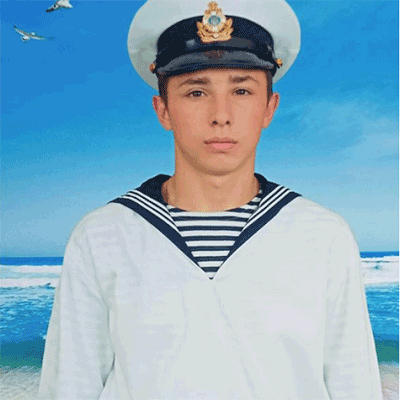